Showing posts from April, 2015
Show all

April 28, 2015
Passionate night-long lobbying, the hands-off approach of opposition leader Raila Odinga not to have a favourite man, a last-minute entry of another opposition MP plus the rare independent voting among the MPs of the ruling Jubilee coalition propelled Rarieda MP Nicholas Gumbo to the helm of the National Assembly's most-crucial watchdog committee. In the Tuesday voting at the Main Parliament Buildings, Gumbo clinched the coveted influential seat in the Public Accounts Committee with 12 votes beating his party's national chairman John Mbadi (Suba) who got nine votes. Balambala MP Abdikadir Aden, who the MPs claimed was being fronted by the Jubilee coalition got four votes, while the last-minute entrant Andrew Mwadime (Mwatate) got one vote –his. The vote was through secret ballot. Eseli Simiyu (Tongaren) stepped down and said he was "standing by the party position, which was to elect Mbadi", but the Minority Leader Francis Nyenze, the Minority Whip Thomas
Post a Comment
Read more 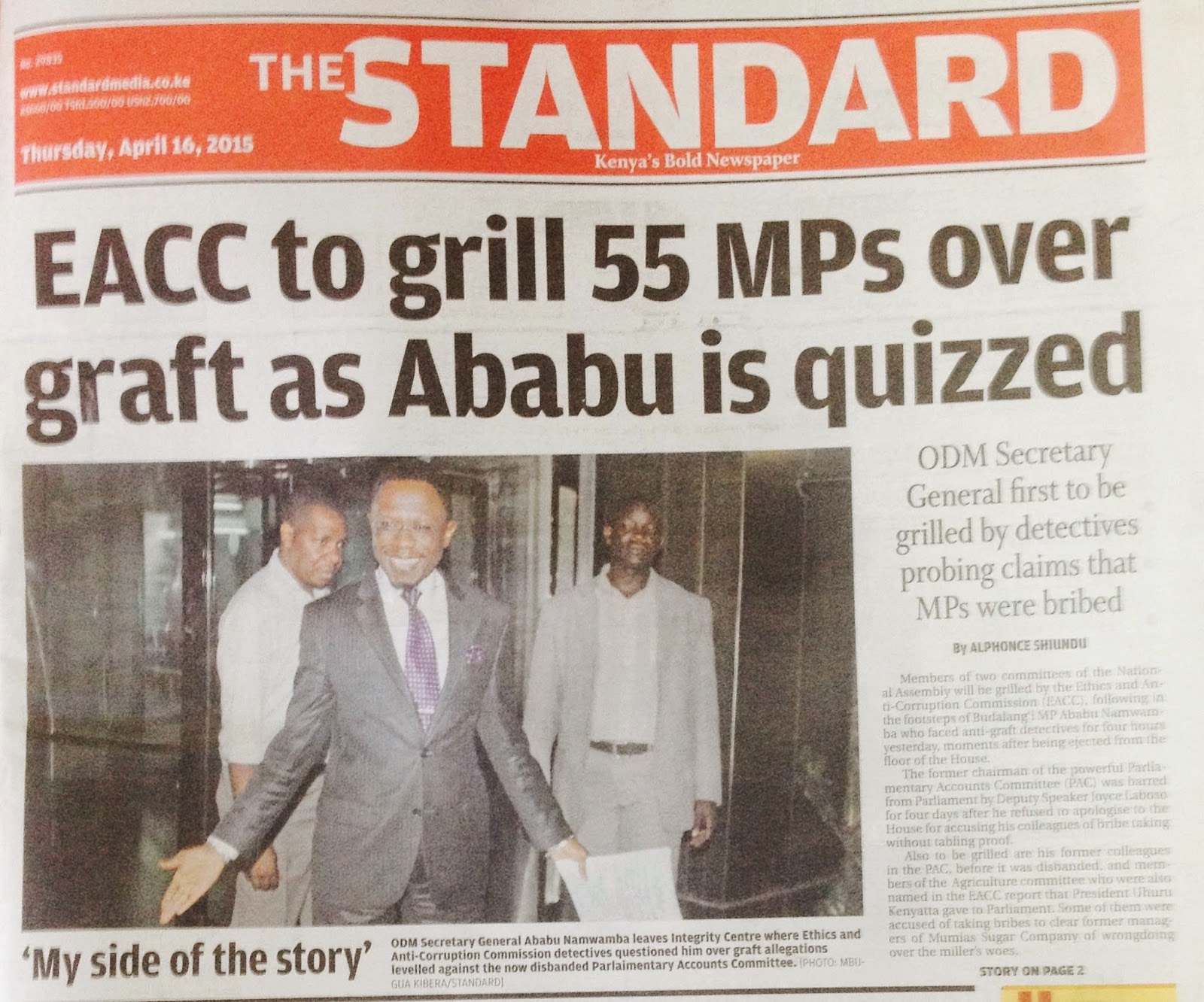 Beleaguered former chairman of the defunct Public Accounts Committee Ababu Namwamba yesterday shocked his colleagues in the National Assembly when he defied a direct order of Deputy Speaker Joyce Laboso that he drops all the claims of bribery against his colleagues and the House. That refusal to drop the allegations and failure to apologise for making them, left Dr Laboso with only one option – to kick Namwamba out of the precincts of the National Assembly for four days. She did so. But before he was shown the door, Namwamba, the MP for Budalangi, said the claims of bribery were valid, and that they were meant to help the Ethics and Anti-Corruption Commission deal with corruption in the corridors of Parliament Buildings. ““I declare for the avoidance of doubt, without an iota of fear, that I shall not apologise for that, and I place myself at the pleasure of the chair in terms of attendant sanctions. My respect for the rules and honour of this House is unimpeachable. But my
Post a Comment
Read more
More posts