Showing posts from June, 2010
Show all

KBC and the World Cup

June 30, 2010
That story has lots of issues which no one dares to touch. If I did, and I will do it later, it will be in a book. It makes for nice reading for any one who wants to understand what the media is all about. PS: Go to the www.eastafrican.co.ke and search 'KBC' then read. A nice, beautiful read. No? And these media wars, are they really healthy? I need to read some of the reports around here. PS2: The month is done and I have done only six blogs. Damn! That's too low. I haven't even checked myy alumni mails, but I have been writing many stories. Work-life balance is crying for a review. I am working on it.
Post a Comment
Read more

June 30, 2010
What a month it has been. I have been very busy. I had a five day leave and lots of off-duties just because I had to change shifts. Anyway, the World Cup is in south Africa and amazingly, I don't feel the zing yet. I got bored with the opening ceremony, because I was not in the mood for soccer, yet all TVs were singing ole ole ole or is it 'waka waka, it's time for Africa'. Then, when the games began, I couldn't watch because of the awful commentary. I missed the European Championship and the likes of David Crossan. The only game I watched to the end was Germany flooring some team four goals and I even rushed on Facebook to comment. But in between, Stanley McChrystal was kicked out of US Army, Prime Minister Raila Odinga became sick, MPs wanted to vote new laws, prisoners were given the right to vote and my pal from Sierra Leone asked me if I was among them. Very many things happened. It's good to be alive, no?
Post a Comment
Read more

What a long day!

June 30, 2010
Yesterday, I wrote a story about the good and the bad of Parliament. Someone decided, Parliament has only good things. All the bad were deleted. Then I heard, that he had seen a 'better story' in my story, but amazingly, he added a superfluous sentence instead of jigging it up. My goodness, what was he thinking? I felt bad the whole day. My professionalism was called into question. But then, there is a reason why the newspapers are competing. All newspapers can't be the same, but then again, if you are scooped. Hmmm! PS: Akiwumi report is in Parliament. Let's see how it pans out!
Post a Comment
Read more 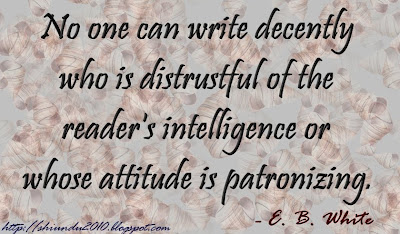 June 22, 2010
Hey folks. I was reading the proposed law and discussing it with a group of journalists. Of course, that can only happen in a moderated training. That happened last week in Nyeri. I say of course, because, anytime journalists touch the proposed law, it usually is about what story will come out of it. And the moderator was one Caleb Atemi, a media consultant, a former editor and a trainer of no mean repute. Professor (Opondo) was there but he chose to leave the journalists to debate. So it is in that spirit that I rekindle the debate that I think has smoldered under the emotive Kadhi’s court’, Land and abortion issues. So, Caleb jolted the thinking in the room when he said that the proposed Constitution will throw into the works 48 taxation regimes. One journalist, who had a copy of the proposed Constitution said, that was impossible “because, there is nowhere in this document where that is said.” Well, I wondered allowed. Which kind of document was this guy reading. Quickly
Post a Comment
Read more

Dreams from my father --me and my dad on the new Constitution!

June 07, 2010
One, I just stole that from Barack Obama's book. I am told you can't plagiarise titles. But professional courtesy on my part makes me shout to all who'd care to listen that, that's where I got it. I've been on a five-day leave. Never mind that I am entitled to 48, all of 48 working days, this year alone. Anyway, I was told the maximum I could take was five. "Just five and no more, you must be here next week", that's how my boss put it. Hmmm! Anyway, those are workplace domestics and I just put them out to the world. That's that! So what did I do in those five days? I went to visit my convalescing mum, then went home, then came back to her. My old man was right there taking care of his better half. So, I had to sit around and share some thoughts. He's a very clever old man and patient too. We spoke about many things, but then, when we passionately engaged in the debate about the proposed new Constitution, without any of us raising their voice
Post a Comment
Read more
More posts