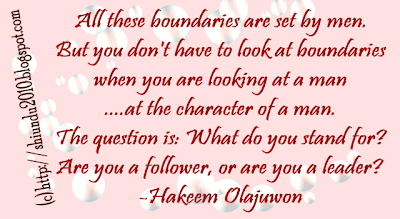 One good thing when you are a journalist, is that you get to access things that the rest of the people will never reach.
So, on Saturday afternoon, I had my date with a professor from the University of Nairobi. Prof Francis WO Aduol. He is a good man, a very enthusiastic fellow. He was helpful beyond measure in the way he explained the 90:10 formula.
If you have your calculator ready or care to follow the maths, then join me and let's see how this works.
This is how it works.
Kenya has an area of 582,102 square kilometers. The population is estimated at 40 million (though Prof Aduol's study uses 28.7 million as obtained from the 1999 census).
In dividing the total population with the number of constituencies, one gets the average population at 95,626 people. That's the average population per constituency.
If the total area is also divided by the 300 constituencies, it yields 1,940 square kilometres as the average size of a constituency.
So how do we achieve the 'one man, one vote’ principle? Let’s use an example.
Nairobi’s Embakasi constituency is the most populous in the country with 434,884 people as per the 1999 official census results. The area is 208 square kilometres.
In dividing the 434,884 by 95,626, one gets 4.5. This means that using population, Embakasi ought to be split into five constituencies.
So if we split Embakasi into five, we get each constituency having roughly 87,000 people. This is 91 per cent closer to the optimum figure of 95,626 people per constituency.
In using area, we divide 208 by 1,940. This gives us 0.1 per cent. This means that if we use area alone, Embakasi ought to be just a small corner in average constituency as far as the area is concerned.
Thus, the decision to split Embakasi will be predominantly based on numbers, because basing it on area is nonsensical. So we give more weight to population and negate area in order to achieve equality of vote.
On the other hand, lets look at North Horr in Eastern Province, the biggest constituency in the country. Its size, 38,953 square kilometres, is equivalent to the combined size of Nyanza, Western and Central Provinces. It has a population of 43, 057.
If we use population, North Horr will need to double its population in order to become a 'proper’ constituency. If we use area, we’ll have to split North Horr into 22 areas and this is not viable.
In balancing this scenario, Prof Aduol recommends a ratio of 26:74 of population against area, so that North Horr is split into two.
Splitting North Horr into two, one gets a population of about 22,000, roughly 26 per cent close to the 'one-man, one vote’ principle.
Here, the issue will be one-kilometre, one vote. So while other areas will see the boundaries determined by population, other areas will have their boundaries based on the size.Touche!
But let's see how Prof Aduol does his thing!
90:10 constituencies Francis Aduol new Constitution